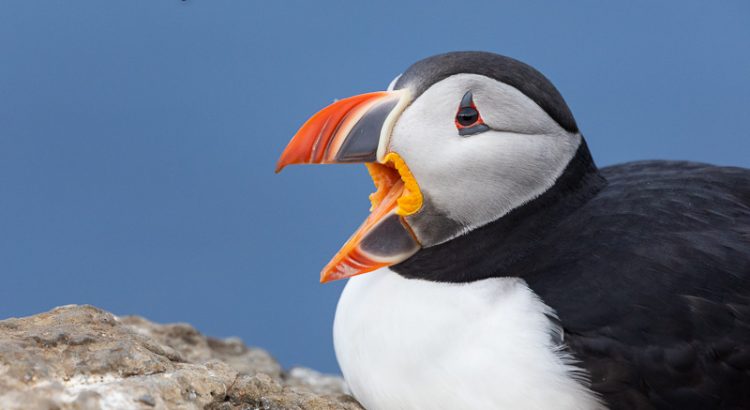 Iceland is one of the most idyllic destinations for both bird and landscape photographers. A quick Google search reveals an overwhelming volume of links and images of one of Earth’s most picturesque countries and its avian fauna. The months of June and July are especially popular for bird photographers as it gives them a chance to catch many species in their breeding plumage. And at this time of year, one of Iceland’s best offering for photographers is Grimsey Island.

Several of my photographer friends and I spent a week on the island in late June of 2022 thanks to my good friend Mike Milicia and his wife Anne. Check out Mike’s web site to see some of his amazing photos including many from Grimsey Island which he’s has visited over a dozen times.

Approximately 25 miles off the mainland and the northernmost inhabited settlement in Iceland’s western waters, Grimsey Island sits in the Arctic Circle and is a 3-hour ferry ride from Dalvik. It may also be reached by planes flying out of Akureyri two to three times a week, depending on the season. Populated by only around 75 of the hardiest Icelanders, the island is free of long lines and traffic jams. There, the dark winter months contrast with the summer season, when residents experience 24-hour sunlight, hence the region’s nickname of “land of the midnight sun.” It is during this bright period that nesting birds arrive on the Island.

Grimsey Island is famous for playing host to one of Iceland’s largest seabird colonies. It is dominated by three species: Atlantic Puffins, Razorbills, and Common Murre or, as they are called in the region, Common Guillemot. Photographers visiting the area will have ample opportunity to capture stunning photos and videos of these species, as well as many others found there.

Being of a colder climate, Iceland is not home to as diverse a spread of bird life as tropical locations, but what it lacks in range, it makes up for in sheer quantity. In the right location, a photographer can capture hundreds, if not thousands, of nesting seabirds in one frame. There may be as many as a million nesting birds that call Grimsey Island home from May to the end of July. To imagine the concept of a million birds is one thing, but to see the vast colony itself is quite another.

One of the first things I noticed was the abundance of Atlantic Puffins. They were almost everywhere, especially on the cliff faces that make up much of the island. The first few hours alone produced a staggering amount of Puffin sightings. Once we started to explore and walk the main road of the Island, it became abundantly clear we had arrived at a very special place; one that allows photographers the opportunity to have close contact with these birds which, for the most part, have enough human contact over the years that they have become somewhat habituated. I found if I moved low and slow, a tactic that most bird photographers are aware of, I could, with some patience and a telephoto lens, put myself in a good position to take some fantastic photos of these charming birds.

However, Grimsey has much more than just Atlantic Puffins to entice the avid bird photographer. Razorbills, which are not to be out done in the “cool bird” department, are also abundant in many of the same locations as the Puffins, especially congregated near the island lighthouse. The Common Murre can be encountered in areas with exposed cliffs, which drop hundreds of feet to the ocean. The same cliffs are home to nesting Black-legged Kittiwake and in some places Northern Fulmar.

All of these birds are looking to claim their small piece of a cliffside so they can raise at least one chick before heading back to sea. The entire display is something out of a National Geographic special on television. The sights and sounds of thousands upon thousands of seabirds going about their lives present a photographer with one of the most breathtaking natural phenomena they may ever capture. For these reasons and others, I recommend a tour of Grimsey Island to all my photographer friends with an interest in photographing birds.

If you are looking for your next photographic adventure I suggest you make plans to visit Grimsey island next year.  So pack your camera bag and get ready for a fantastic time while you sit with and photograph Puffins, Razorbills, Murre’s and many more birds on what will be a trip of a lifetime.

Also stay tuned for what I hope will be two videos (or more) that I will be posting to my YouTube channel over the next month or two.