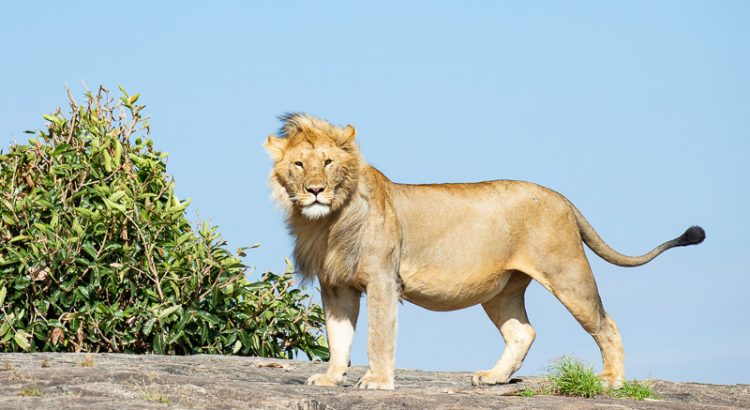 For my fifth and final installment on my photo safari series about Tanzania I will end at Serengeti National Park. For both of my trips to Tanzania (2017 & 2019) we started in Arusha and worked our way north. In 2017 our group only spent one day at Serengeti National Park but it was VERY productive. For our 2019 safari we spent three days and while it was nice to have more time at this location it did not end up yielding as many good photo opportunities and I had hoped. Please do not get me wrong it was a wonderful experience and we did get some good photos.

So in 2017, I did a one-day adventure in the Serengeti National Park. My friends and I started at the Ndutu Lodge and drove about an hour and a half to the Rabbi Hall Gate park entrance. At this checkpoint, our guides presented their paperwork to the park authorities and paid the fee to enter. As this was a somewhat lengthy process, we took the time to explore the area on foot. It was one of the few places in and around the park where we were not confined to our safari vehicle. We climbed to the top of Naabi Hill for a fantastic view of the Serengeti grasslands. This was also an opportunity to grab a cup of coffee, a snack or some souvenirs. Like all other national parks in Tanzania, they were open from 6:00 AM until 6:00 PM. If you were to go on a day trip as we did, I recommend arriving as early as possible. How far north into the park you can drive will be limited by the time you arrive because you will need to be back at the gate before 6:00 PM to check out.

After checking in, we were allowed into the park and got lucky very early on, encountering a pair of Cheetahs sitting to our right on a small rise off the shoulder of the road. Unfortunately, the light was not in the best position for us, but we made the most of it as you can see in the photo below. This would be the first big cats of the day in what would turn out to be the best big cat day for either trip to Tanzania.

After spending time with the Cheetahs, we continued north through the open grasslands which, at the time, were rather dry and sparse with not much wildlife to speak of. This was in contrast with my later safari in 2019, when the grass was green, lush, and tall, making it a bit more difficult to photograph the abundant wildlife we encountered. As Ndutu borders the Serengeti itself, we were treated to a view of the vast veldt stretching almost as far as the eye can see. However, we began encountering a number of Kopjes, small hills of various sizes in very flat areas. Pride Rock in Disney’s ‘The Lion King’ is an example of a Kopje. And like in the movie, they can be a great place to look for some of the wildlife that lives in the Serengeti, especially lions.

After driving for about fifty minutes, we had our first encounter with several lions that were hanging around a large Kopje. The group included two males, likely brothers, who were interested in a beautiful female that the dominant male ended up mating with. We spent over two hours with this group of lions, photographing them from several angles including one in which a male and female were directly above us on a large rock. It was a shot straight out of ‘The Lion King.’ We drove away with some very nice photos and even better memories which, unfortunately, we were not able to repeat in 2019. We had now seen two species of big cats in one day and we were not done just yet.

Followers of the series are familiar with our safari guide for our 2017 Tanzania trip: Joseph “The Boss” Ndunguru. He was invaluable as our senior guide and with him we were able to photograph several species that other tour groups had little or no success with. Since we’d seen Cheetahs and Lions, Joseph made it his mission to try and locate a Leopard for us to see and photograph. Up until that point in our 2017 trip, we had only seen one Leopard. We encountered it on our second day at Tarangire National Park, but that particular cat was a fair distance from the road and for the mostly hidden in a tree, so there were little opportunities for any decent photos. Thankfully, a little over forty-five minutes after we parted ways with the lions, that would change.

As we continued north, Joseph paid close attention to some of the areas off the main road that had small clumps of trees and any vehicles that were stopped there. Sure enough, we spotted a grouping of trees that other safari vehicles had stopped to observe. Joseph instructed both of our driver guides, Abou and Joseph Jr., to inspect the area. And as we approached a large Sausage Tree, we saw it: a stunning female Leopard lying in a branch twenty-five feet off the ground. However, we found that she had hidden herself well in the branches of the tree, preventing us from getting a clear photograph of her. That made no difference to us though, we were prepared to wait her out.

We positioned our vehicles on the far side of the tree, away from the other vehicles, and had the light behind us. In this spot, we were further away from the Leopard but had a clear shot of an unobstructed section of the tree. Now it was just a matter of waiting and hoping she would move to our side of the tree. After just thirty minutes, our strategy paid off and she repositioned herself directly into an open branch and posed for some lovely pictures. As an added bonus, her movement revealed that she was accompanied by a pair of young kits, maybe four weeks old, who followed her to her new resting spot. With the earlier sightings of the Cheetahs and the Lions, we had now seen and photographed three big cat species in one day, a spectacular feat.

We spent over three hours with the Leopards before we had to depart. We left not because we were tired of taking pictures of them, but because we had to be back at our gate by 6:00 PM. Our driver guides knew when to leave and let us know we could not stop on the drive back if we wanted to meet our deadline. They were spot on and we arrived at the gate just before closing time, but we still had over an hour to return to the Ndutu Lodge for our last full day in Tanzania. The dinner that night was extra special and we gave a hearty toast to The Boss, Joseph Jr., and Abou for all their hard work getting us in the right place at the right time. I cannot express enough how much these guys were a real joy to spend time with and it was amazing to have Joseph Jr. as one of our driver guides again in 2019.

I hope you have enjoyed my photos, stories, fun facts, and overall feelings on what it is like to participate in a Tanzanian photo safari over the course of this five-part series. I encourage anyone with an interest in photographing wildlife to plan your own trip to Tanzania and see, photograph and experience quite possibly the trip of a lifetime, you will not be disappointed.

Click here to view YouTube video with information on my photo safari and interview with Joseph Ndunguru.

Click here to watch my YouTube video Birds of Tanzania with my friends Christopher Ciccone and Mike Milicia.